You come across a jet black, slightly worn looking notebook. It has a odd symbol on the front of it with red rusted bindings. Upon closer examination you confirm the symbols odd structure pattern: 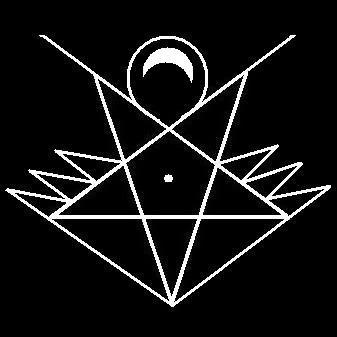 You open the cover of the book to find that the first few pages are taken up with weird patterns just like the one on the cover. You feel all the positivity being sucked out of the air around you. Beings that thrived on light would almost be immediately turned off by the sudden atmosphere change.

Past the first few pages reads:

Entry 1:
"This place... These people... It's almost boring! There's nothing influential happening at all; i'm bored to tears! Someone like me can't squander their talents in just idle chit chat. I need to get influence somehow, get involved somewhere!

Entry 2:
Orc Race: Brutish and boring. Their mental capacity is that of a rock. Actually no... That does them too much justice. Lets just say that in North America, if they went on a killing rampage they would be forgiven for their crimes. Their IQ is too low to know right from wrong and therefore can't charged for murder. Well at least now he thinks that his stronghold was ransacked by angels... Holy Christ nailed onto the cross! PRAY TO SWEET JESUS!

Entry 3:
It seems like Ill have to do something myself. Do I feel a genocide? Mmmmm.... I don't want to lead it though. That isn't my place. I'm a assassin, and that's where I belong; thats what I know. Arch duke Franz Ferdinand, Malcom X, Numerous roman politicians, Alexander Livinenko, Japanese emperors. I'm the one that gets things done. I'm the one that fights. I'm the pet of the movement; A mascot maybe. Loyal to the cause sitting by masters side, and carrying out a new legacy. Maybe I'll just start it myself and hand the reins over. HAH! That's not a bad idea...

Entry 4: I met the figure for the Blacks.

Location: Black Manor
Head Figure: Ariane Rossetta
Members: Still Unknown
Influence: High, Rulers over the land for quite some time.
Enemies: Bone Mother?
Race: Their coven is mainly made up of vampires. This is a educated guess, im about 85% sure.

After meeting with her I found there are three examinations.
Mental
Physical
Questionnaire
And Talent/Potential

I'm pretty sure I can pass all of them.

Entry #5:
A new human entered the town today, I used my umbra tendril to take control of his mind. I made him dance, paralized, and exposed him to his friend. It was fucking amazing. Their faces, they thought I was such a douchebag. Its great I love it. Who needs friends anway, all I need them for is their talents. If they are useful keep them.

NEW INFO:
New Info on blacks and rosetta's
The Rossetta's are actually the owners of the Blacks Manor now, and they are the rulers of the land. The blacks were killed after crossing Ari Rossetta's mother. They have 421 active members and no enemies as of yet. More info on their movements and projects must be obtained.

Entry #6: I met a vampire named Rosalyn today, she was suffering from really bad flashbacks that caused her extreme headaches and mental trauma. I wanted to help her, so I decided to go inside of her mind and stop the flashbacks from occurring. She was really thankful and seemed to take a liking into me. After that I met the humans that I met from earlier, and decided that their blood is rare and very useful among vampires. Ill get their trust so I can drain them and offer it to my master to be to gain her favor.

Entry #7: They found out how to switch my personalities... I've started to actually befriend these humans. I... Dont need them. They're just tools...

Entry #8: Jake the human came to me telling me that Rosalyn likes me... I can't have a relationship with her. I've never had one before, and I don't want to hurt her. Im a sadistic chaos, destruction, death, torture loving douchebag... I cant hurt her...

Entry #9: Will write more In time.