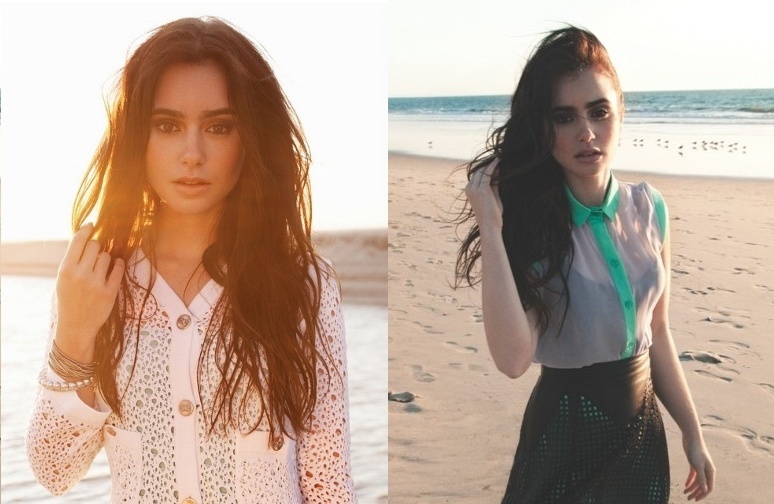 Titles: To those who know of her position in the established Order, she is known as a Lady, but those close to her and indeed those who do not know of her title will simply call her by her name (she prefers this).

Coven/Clan Belonged to: Rose recently resigned from 'The Rosetta'.

Current Residence: The Courtez Forest Manor- the same place she owned over 100 years ago when she first moved to Alabaster. She has recently moved back to Alabaster, and with a newly refurbished home she plans to stay here for a while.

Occupation: One could call her position as head of an old organisation known as 'The Order' a job of hers, though she keeps her position under wraps to most- not one to brag about titles. She usually just does the odd job to earn her keep, having come from a well off family herself.

Past Occupations: Rose has been known to work at many different types of placement, from usual jobs such as waitressing/bartending to more secretive positions such as espionage/asassination.

*Information on the species:
Origin: 'The sisters of the Dhjampir' - Svetocha are originally the female descendants of the male djamphir/nosferat and the human woman- a very rare occurance. They may also be the offspring of a fully-bloomed Svetocha and a human male, however this is also rare due to the fact that very few Svetocha are able to survive to the blooming age. When they ‘bloomed’, the Svetocha would be stronger, faster and more dangerous to a nosferat than the normal djamphir. Their blood is toxic- if they wished, they could kill a nosferat just by being within the same room as them. However, before 'blooming' the svetocha blood is able to give a jolt of power to any nosferat that drinks from them- so nosferat of all ages hunt svetocha down, trying to kill and drain them before they bloom. The fact that the Svetocha are a well-sought after species for reasons of elimination, means that they are even rarer than first thought, due to the fact that many don't survive past blooming age.

Appearance: Like most vamparic species, Svetocha appear to be human- however, their eyes usually always reflect their feeding habits. The colour within the iris usually darkens/reddens after not having fed in a while, and when feeding has been recent they seem to glow/brighten in their colour.

Powers/Abilities: Like most vamparic species the Svetocha hold enhanced speed, strength, agility, etc. Also, they seem to heal quicker than most humans. Just like other vamparic species, each individual Svetocha can of course hold a few extra abilities they like to call 'gifts'.

Aging: Aging stops at 18- when a svetocha 'Blooms'. This is when a Svetocha fully grows into character- they recieve their gifts, enhanced abilities, maturity, fangs and hunger.

Personality: Each Svetocha has their own personality, they are all individuals.


Nickname(s): Rose is usually simply called by her full name.

General Description/Facial Features: Most who come across Rose feel she holds a certain queen-like characteristic to her, beautiful and regal, with an air of mystery surrounding herself. Her hair is a rich shade of dark waved mahogany, for now it seems rather long- flowing in waves to adorn her glowing, flawless features. Her eyes, framed by long lashes, hold a shimmering emerald tone to them. Those defined cheekbones exentuate her features, a smirk always seems to fall across those full peach toned lips of hers. The girl seems to radiate confidence, mystery and a beauty that captures many, although she doesn't seem too aware of the look she holds.

Height & Body Type: Rose stands at a height of around 5'8, she has a slender, long-legged body with a desired hourglass shape.

Eyes: A bright emerald shade, swirling with different shades of green colours and often glimmering with a slight, golden crystalline tone- an easy hold, many a man is lost to their allure.

Skin Tone: Rose is fair-skinned, with the occasional warm blush.

Scars: Rose has a few nearly unnoticable scars from before the 'blooming' process, they occured a long time ago- in days which Rose prefers not to speak of.

Type of Dresser: Rose is an easy-going type of girl, who dresses with her own, modern style while still managing to look effortlessly put together. She is usually seen walking around in her edgy yet elegant lace up black platforms, a pair of dark skinny jeans, a blouse or printed tee and a cropped leather jacket/blazer.

Hair Color & Style: Rose's hair is a warm brunette tone falling across her shoulders in soft waves- it holds highlights featuring shades of mahogany, ebony, and even blondes- somehow it blends well. She usually wears it down with a middle parting.

Tattoos/Piercings: Rose has her nose pierced, though she rarely wears a piercing and when she does it's usually a small golden stud that is but a glint in ones vision, not easily noticable. She also has her right upper ear pierced twice. Along the inside of her wedding finger, in elegant script, is a tattoo reading 'Let love in'- a tattoo Rose got to remind herself to take chances.

Other: Being Svetocha, she does of course own a pair of fangs, though they are easily retracted- most of the time her pearly whites just appear to be the usual human set. A svetocha's fangs are relatively dainty, alot more fitting to the mouth- but don't be fooled, their fangs are just as, if not more deadly sharp as the usual vampire.

Mental State: Rose is sane. However, certain situations can cause her to react with depressive tendencies- she displays symptoms such as becoming uninterested and unmotivated to do even the most simple of tasks such as eating or talking, she displays loss of appetite, unexplainable and sudden aches/pains, lack of energy & disturbed sleep patterns.

Talents: Rose has been trained through 'The Order' in the art of subterfuge, self-defense, etc. She is not one to be reckoned with, though many underestimate her- as always she keeps her talents to herself, being the modest woman she is.

Self-Image: Rose is happy with the way she is, she doesn't feel the need to prove herself to anyone and looks are not top of her agenda.

Special Abilities/Powers: Due to Rose's race- she has the usual enhanced senses, speed, balance & agility, and also holds a telepathic link with other vamparic races if she wishes to- however, Rose has that of a mind-block/mental shield, meaning that unless she were to open her mind, other's cannot break through to her. Rose is also the holder of the ability of telekinesis & audiokinesis. Her parents used to call it 'the touch'- the way she could go on a feeling/instinct and be absolutely spot on about something, also she has been known to have the occasional dream/vision, however these cause her extreme discomfort and pain (Clairvoyance/Precognition).

Popular or Loner: Rose is a very private person, yet once she gets to know a person she captivates them with her mesmirising beauty and supernatural charm.

Overall Personality: To her friends, Rose is loyal and considerate, trustworthy and honest- a friend for life. She stands up for herself, she can be fiery and empowering if a situation demands so, but usually she appears to be laidback and holds a calm persona. She is a very empathetic person and easily reads people for what they are. She's usually open-minded and never quick to judge someone- however seeing as though she can read into someone's personality so easily, when it comes to certain people she is seen to be stubborn- this is only because she doesn't see them as a good personality (almost always proven to be because they're not). The three things she cannot tolerate is a rude attitude, liars, and anybody who thinks they're better than anyone else because of class/colour/age/etc. Overall, Rose is fun to be around, she can be quick-witted and enjoys a good joke/gossip, though she does not enjoy bitchiness.

Worst Personality Trait: Occasionally her temper- if you push the right buttons.

Thoughts on love & Relationships: Rose was always pretty wary of love due to past experiences with relationships. She tends to subconsciously shut herself off and push those closest to her away at the sign of any tiny problem so as not to get hurt or hurt anyone in return- though usually it is too late for that. Rose does not believe a relationship should be defined by marriage, she believes that being wed often becomes the cause of the breakdown of a relationship.

Relationship History: Rose had one serious relationship in her early teens, she prefers not to speak of this time for various reasons known only to those close to her. She recently got out of a long-term relationship with Angelo Rosetta- she appears to be dealing with her new relationship status well.

General Dislikes: Bitchiness, Cold weather, Judgemental people, Large groups, Shallow personalities, Being forced into anything she doesn't wish to do.

Usually Equipped With: It varies- mostly weapons such as small Daggers and such can be found on her person, and she wears a beautiful golden locket around her neck that seems to radiate a certain power.

Adoptive Mother: Liliana Elizabeth Kennedy.
Relationship: Rose was very close to Liliana, and grew up believing she was her birth mother until the age of 14 when she was told the truth- however the two maintained a close friendship and wrote many a time up until Lilianas life-span came to an end- Liliana taught Rose her moral outlook on life and household duties just as a mother would in those days.
Adoptive Father: Jonathan Lucas Kennedy.
Relationship: Just as with her adoptive mother, the two also maintained a friendship and wrote for a long time- Jonathon taught Rose the educational aspects of life and also self-defense.
Birth Mother: Erica-May Courtez.
Realtionship: The two met just under a century ago when Rose moved away from Alabaster and over to take her place within the order- Rose gets along well with her mother and the two created an easy bond as her mother finally became a part of her life and taught her all about how to run the Order- they write from time to time, though usually Rose simply visits her when she returns to London.
Birth Father: Antonio Luis Courtez.
Relationship: Rose and Antonio have the usual father-daughter bond, kind of awkward at times but they get along well, Antonio is very protective of her.

Education: Up until the age of 14, Rose was treated to the highest class of education.

Accent: A soft mix between a nearly faded Irish and a well-spoken British accent. 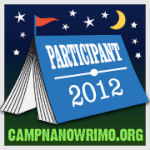 Great to see a fellow reader, I presume you read the book by Lili St Crow, judging by the female djamphir (svetocha) species.

Is it ok if i copy your information on Svetocha's, because i'm also Svetocha Species & yeah, even if i type my own references it would most probabably be similar to yours