Physical Appearance: He would have a natural dirty/ dusty appearance which is natural for dwarves, he would have brown hair and some basic clothing

Height and body type: He would be 3'9 and weigh around 75 pounds

Eyes: His eyes would be turqiouse color

Skin tone: He would be have a medium kind of tan

Hair color and style: He would have brown hair that goes over his eyes and would have a green t-shirt with baggy black jeans and sneakers

Personality- He is kinda cheery in some instances but usually keeps to himself except with who he likes then he splurges out words randomly, embarrassing himself even more

Talents:He is relatively good at parkour, despite his size and demur

Self image: He see's himself as the last hope for the Frost line, after this their would be no more Frosts, so he does everything he can to stay alive

Weaknesses: Dustin likes sweets, a way to tell him anything he knows, as well as a bad left leg that got hurt when his mother accidently dropped him

Fears: He is afraid of Vampires and heights

Thoughts on love and relationship: He is young so he hasn't had any eyes on any girls

Equipped: A wooden club and a pickaxe a small, hastily built pack full of jewels and metals for his creations as well as a blacksmiths tool belt

Mother and Father: Mother Alexandra and Father Duncan Frost sent him to Alabaster to check on Jack

Family Finances: Given Jacks wealth and riches when he died

History: Dustin was born on the penthouse of June 20th 2000 in Las Vegas, Nevada where he spent most of his life and training in, training to be a small, but deadly weapon for his father Duncan while he raised Jack to be one as well, both of them have things in common, they never spent time with their parents, yet they trained differently, Jack never trained at all so he may become a "bomb" of biokinetic destruction, while Dustin trained to be more subtle and deadly with his fire as well as other assortments of weapons, after his father came back and Alabaster fell into ruins last he fled back to the penthouse and observed His son's capabilities, after it though, he realized one problem in his new weapon, whenever faced with a problem involving civilian interrogation or civilian harm. Dustin did not open fire even when the civilian was a stuffed up rag doll he didn't attack it. Duncan realized another thing, if this happened to Dustin, would Jack do the same thing and not blow up like planned? He scrapped project Jack and sent Dustin to the streets, were he hardened by the local Vegas gangs attitudes, by the end of 2012 the Scientists reported project Dustin a "Smashing success" and sent him off to Alabaster to dwindle their ranks, but by the time Dustin got there he realized what he was about to get himself into. He quickly killed the guards and exploded the caravan that was supposed to get him there, he stumbled into the village as the plague dissipated and got into Jacks lodge, not knowing that Jack was infected, when he did find out he hid inside of the cellar in Jacks room, locking himself inside... He killed Jack, found his sword and Journal and found out his last dying wish was for his sword to be given to a woman named "Ariane" He gave Jack a true dwarven funeral (In which he found a iron tankard, filled it with beer and toasted his gravestone and drank all night) Then set out for Blue ash and gave it to her, he then decided he would create some weapons when he heard of obsidian and Rossetta, as well as finding maybe the greatest secret in mythical history 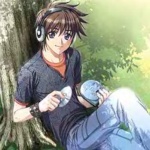