Full name: Paloma Lidia Romero (Her real last name is Valley but she prefers to go by her adoptive parents last name)

Lives With: No one. 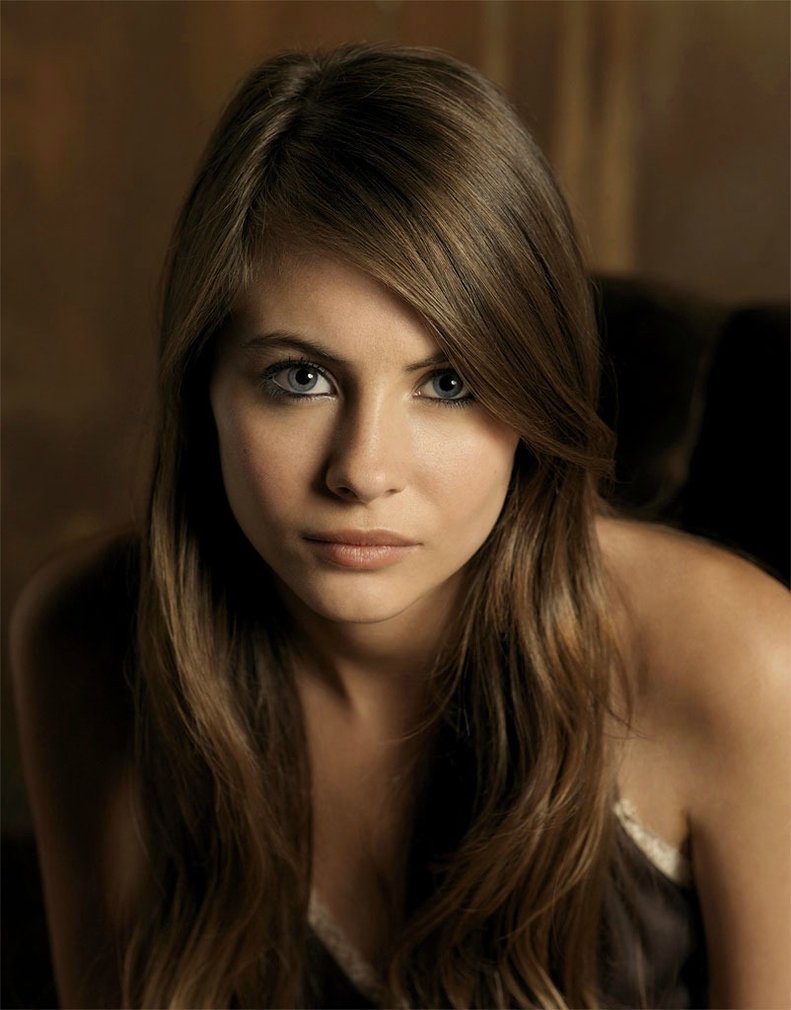 Height & Body Type: Paloma has a slim figure with a graceful body type. She has an average chest area with long athletic legs to top it off. Her all around appearance would be described as quite beautiful and desirable.

Eyes: A gorgeous smoky blue color. If you annoy or anger her enough her eyes will change quite like her mother’s (Terra) did. They change into an awful blood red color.

Scars: One long scratch right down her left leg.

Hair Color & Style: Paloma usually like swearing her silky brown hair up because it bother’s her when it’s in her face but she doesn’t want to cut it short. It’s length is about to the middle of her back.

Talents: Paloma is great at playing the drums, and though she doesn’t like to admit it she’s also a fabulous dancer.

Activities/Hobbies/Pastimes: Paloma loves being outside and active. Most of the time she has to be up and moving or she’ll get annoyed. She also has been playing the drums since she was 6.

Interests: Paloma secretly likes dancing and she’s very good at it. Her slim, graceful figure makes moving around quite easy and even quite graceful.

Self-Image: Oddly enough Paloma isn’t the least bit self conscious which is odd because around her age teenagers usually get self conscious but not her. She’s very positive and fun to be around.

Weakness: She has a very short temper but holy water and salt tend to make her weakened.

Popular or Loner: In the middle.

Overall Personality: Paloma is a fun free spirit, who see’s the good in everyone. If she doesn’t like you then there’s a really good reason for that. She also has a gift for reading people so that makes finding friends easier for her.

Thoughts on love & Relationships: Paloma doesn’t really have any, she just kind of rolls with whatever happens. If she get’s a boyfriend then that’s great, if she doesn’t oh well.

Relationship History: None. Though a lot of guys have tried to be her boyfriend, Paloma just blows them off.

General Likes: Being outside, dancing, animals, people, reading and swimming.

Usually Equipped With: A slim dagger concealed in her belt at all times.

Mother's role in upbringing: None, Terra gave Paloma up when she was born.

Father's role in upbringing: None.

Role in upbringing: Isabella found Paloma in a dark abandoned forest. Paloma was only a few days old when the 17 year old Isabella found her and brought her to her little town in Spain.

Education: Paloma was raised as any “human” should be. (Isabella and Viktor thought Paloma was human until recently.)


History: When Terra gave birth to Paloma she abandoned her in the middle of a dark forest. Paloma was there for about 2 days when Isabella stumbled upon her and graciously took her home. Isabella was only 17 when she found Paloma. Isabella was on her own since her family recently died in a church fire. About 3 years later, Viktor found his way into their little family, becoming Paloma’s step-father. As the years went on Isabella and Viktor started to realize that Paloma was VERY different. Whenever she got mad her eyes would turn red, she could move objects with her mind and she didn’t act like the average kid. So when Paloma was 11 they took her to the doctetelling her she was only going there for her “monthly doctor’s appointment.” When in truth, they took her in for a blood test to see who her birth parents truly were. What they found out is that her birth mother was named Terra Valley and her birth father was unknown. So they went home not thinking much of that, thinking Terra was just an ordinary human who gave her kid up. When Paloma was 16 she got in a pretty rough fight at school with some bitches who called her a freak. That’s how she got the scar on her left leg, from one of those girls who brought a knife to school and tried to attack Paloma with it. Paloma used her telepathy to severely injure those girls. After that incident Paloma bolted home, not even aware she could do that. She told her mother and father what happened at school and they had to explain to her that she could do that as a young child... And that they weren’t her real parents. Paloma was furious they didn’t tell her sooner, and that night after her and her parents fight, Paloma ran away, she took enough money to last her a while, took some items that would be of use and just took off from Spain. While Paloma was on her own, she did find out Terra was a demon. That’s all she found out, She met a few lycan boys one day, a few years older then her and they were friendly enough not to kill her, instead they directed her to a place called “Alabaster” where maybe she could find some answers and a new home. So for about 2 years Paloma's been traveling the world.