Titles [Both currently held and previous] (This is important if your character is part of the nobility): Still member of Spentsnaz and Russian Army, currently a Staff Sergeant

Meaning of Name: Name has no meaning

Apparent Age [Important to include for species with slowed or stopped physical aging]: Has physical, human aging

Species: Werebear (he was not born a werebear and if the blood, only blood, of another mythical interacts with his until he his no longer a were bear (it's possible) he will die)

Nickname(s) [If any]: The Russian 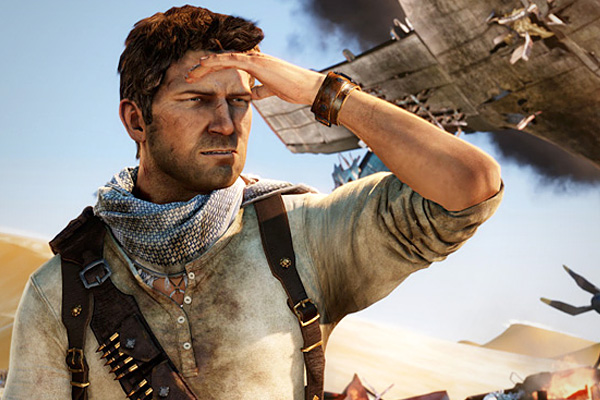 General Description/Facial Features (Best to fill this out completely as possible if your picture is a drawing/anime): Look at the picture.

Height & Body Type: 6"0, body type slightly above average (strong chest and belly, fit body) also is a bit harrier then most (he's Russian, this is self explanatory)

Type of Dresser: Physically active; Loose but clinging clothing, perfect for stealth missions or, if they go south, a quick get away.

Hair Color & Style: Hair color is brown and is loose and messy (as seen in picture)

Interests (Different than likes and dislikes. What does your character have a passion for?): Booze, women, cash, fire arms, cars, explosives, blades, and bread making

Self-Image [How does your character see him/herself? Is he/she confident, or are they insecure?]: Confident in his capabilities to kill, confident in his love life (It can be important), insecure about his friendships or his friendliness, Kestrel sees him self as how he thinks others see him; A killer.

Weakness (Must have at least one): Hates becoming Werebear, is sensitive to women (does not like killing them), extensive fighting during the war has left his body slightly open for muscle wounds

Special Abilities/Powers [Please make sure your powers or abilities go along with your species!]: "Stalkers-Eye" (this gives Kestrel the ability to see in the dark and to stalk his prey, even when they are in hiding)

Popular or Loner: Prefers to be with a few people or alone

Overall Personality: Friendly with a bottle in his hand, hard personality to crack

Thoughts on love & Relationships: Prefers one night stands, is still waiting patiently for a girl to replace the one he had during the war

Relationship History: Ask my character in person, this may take some explaining

General Dislikes: Boring people, Mythical-Mythicals, most vampires (at first), loud places, the light (because he's trained to be a spy and to hide in the dark), burnt bread (hates it hates it HATES it)

Usually Equipped With [Weapons and other objects]: A silenced five-seven PHOTO: When on a mission,

Mother's role in upbringing: As weak as she was due to her husbands abuse, she would always have the perfect meals to keep Kestrels morals high, always. Nurtured and loved her son very much.


Accent: Thick Russian, very quiet and eerie (kind of kile Makarov from the Modern Warfare series but not as homosexual


History: Kestrel, as a young boy, grew up in a rough neighborhood of Moscow, mainly fending for his own and for his mother. His father was abusive and died in a drunken bar fight when Kestrel was eight, making him the man of the family, his family including his sister and his mother. When Kestrel was sixteen, the war showed a perfect opportunity to get money sent back to Kestrels family while he was away, and so Kestrel joined in the Russian civil war. After a year of training, his platoon was ambushed, leaving only Kestrel and a female soldier alive. His venture through enemy territory is what gives him his stealth like behavior and distrust to this day. After showing his valor in combat, he was used as a killer for the winning side of the war, and happened to get the contract of an old, dying wizard. Just before killing him, Kestrel was infected with the blood of a beast and now gains money in hopes to rid his blood of the disease now flowing through his veins.

People Disliked: Roman (just due to suspicious of him, not a hatred, just a cautiousness)

Favorite Spot: Tavern (the name escapes me, you know which one it is)

Can Usually Be Found At: Tavern, Grove, Library or Town square