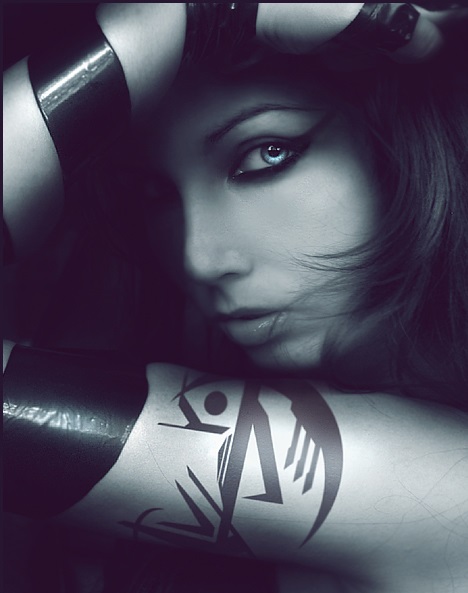 Meaning of Name: Latin -- Fiery One. Also; Highest class of angels with six wings known for their abilities with heavenly fire.

Coven/Clan Belonged to: The Idris
A secret society. The location of its headquarters is literally underground with several enterances plotted throughout Europe. The members of Idris are all mythicals. Most of them are the children of aristocrats or elders of their species who desire a life outside what is seemingly predetermined for them. They are a league of the best fighters and thinkers, but their leader is almost as unknown as the secret society itself.

Most think that the society is for people looking for a family or companionship, however, this is not the case. Idris does serve a purpose, however it is better left unsaid...b gh

Occupation:
The Spy -- Unlike most nephilim, Sera is very accepted into the demonic community due to the nature of her parentage. She is very close to her grandfather (see background) and does odd jobs for him. It's not rare for her to spy on other nephilim or orinias. Even when she isn't acting like an extra set of eyes for Hell, she's keeping close watch on people who might pose a threat to other demons.

The Mentor -- Part of the underground society of Idris. Their location remains secret as does what the society is. Sera acts as a mentor and trainer for new members and is often regarded as one of the best Idris has because of her brutality and inability to feel sympathy for those she teaches. When Sera is surfaced from Hell, she usually can be found teaching or lurking around Idris' head quarters. She also keeps close watch on her pupils and makes sure they stay in shape and fufill their duties to the society. She finds some of her students to be gifted and takes particular care of these ones.

Past Occupations: A variety of odd jobs
Assassin, bar-tender, a soldier for Hell, a member of the secret society HYDRA that once existed in Alabaster. 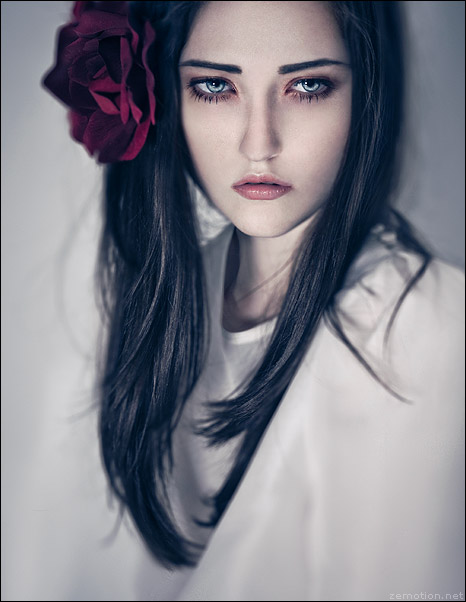 General Description/Facial Features: Long, oval faced ; Thick lipped ; Long nosed ; Wide forehead ; Low set, thick brows
Seraphina almost always has a bored expression; This shouldn't be mistaken for expressionlessness. She always looks like she'd much rather be somewhere else. Even when she's happy or excited, she looks completely unamused. Only when she's in an argument with someone or physically fighting them does she put on an excited face.

Scars: Many. She has quite a few burn scars she's earned in fights on her neck and hands. She usually covers them with makeup or clothing, but she isn't self-conscious of them. Sera likes to think that each scar is like a tally mark for the number of victories she's had in her life.

Type of Dresser: Simple and casual. She likes plainer clothing that won't make her stand out. Her usual outfit is a pair of jeans and a comfortable t-shirt or sweater. She has a thing for hair accessories and will wear clips or flowers in it.

Hair Color & Style: Long. Naturally straight. Flat-black. She bleaches her bangs/fringe sometimes in the summer, but does it completely white, not blonde.

Tattoos/Piercings: Runic tattoos on her arms. She has her tongue pierced and an industrial piercing through her left ear's cartalidge 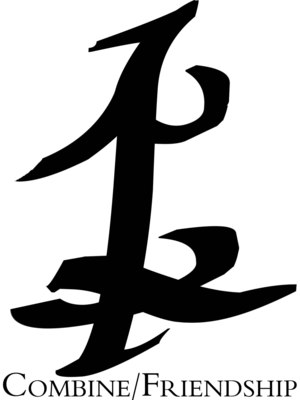 Other: Large black wings that extend upon will from her back. Releasing them can sometimes be painful and leave her with a backache for days after she lets them out.

Disabilities: Histrionic personality disorder
... a personality disorder characterized by a pattern of excessive emotionality and attention-seeking, including an excessive need for approval and inappropriately seductive behavior, usually beginning in early adulthood. These individuals are lively, dramatic, vivacious, enthusiastic, and flirtatious.

Self-Image: Varying. When her HPD acts up, Sera can be the most insecure person in the world. She will do anything for a compliment when she feels this way. When her HPD isn't bothering her, she's pretty confident in herself and her abilities. She tries her best not to let her confidence or the way others see her influence the way she lives her life. However, people who know who her parents are tend to judge her a little more critically than others. This bugs her sometimes.

Weakness: Demonic blood [which is surprising because she spends so much time with demons. This probably explains the burn scars on her palms], her wings [they are hypersensitive and have more nerve endings than any other part of her body. When they get hurt, they hurt bad]

Popular or Loner: A loner. This comes off as odd to some. Sera is very open about her life to people, but she doesn't really like putting in the effort to get to know people. Because she travels so much, she sees it as a waste of time getting to know someone then leaving and never talking to them again.

Overall Personality: Quite a spectrum.

--NORMAL--
Sera is gifted with a very logical, scientific/mathematical mind. She is quick to calculate the outcomes of any situation and can easily get out of arguments where others might find themselves stuck. She's been given the nickname, "Weasel" because of this. She isn't a huge fan of people because she views today's society as weak and too dependent on other people in order to survive. She won't go out of her way to introduce herself to someone unless she feels it's needed.

--HPD Acting Up--
Will do anything for attention. Tends to bring up her parents and use them as a means of getting that. In Alabaster, she'll talk about those who she knew in the past, when she was growing up in the village. When it's only bothering her a little bit, the change can be almost unnoticeable. When it's severe, it's hard NOT to notice the change in her personality. She rarely becomes sexually provocative during these episodes and usually just gets loud and exaggerates everything about herself. It's almost like her logic has gone away.

--The Fighter--
Will do anything to get a job done. Fiercely dedicated. Sera doesn't let anyone stand in her way, no matter who they are. If she wants something, she WILL get it, even if it means loosing something else. This also makes her an incredible protector. She is known for her physical brutality which can reflect itself in her personality. She's not the type to handle a situation with her words.

Thoughts on love & Relationships: Sera is very open minded when it comes to relationships. She knows she doesn't ever want to be serious with someone again. She doesn't believe in love as something that can keep two people bound to each other and sees it only as a chemical your brain produces. She would much rather be good friends with someone can have to put a restriction on herself and say she's "with someone".

Relationship History: A very little known fact - Sera married at a young age, around 18 or 19 years old. She was married to a long time friend of her mother and the current ruler of Alabaster, Lucian Black, after spending some few years as an on-again-off-again couple. Their relationship was more platonic than anything until their marriage and even then something about their relationship wasn't right. The two eventually had a child, but unfortunately, it was stillborn due to peculiar genetics because of Sera being angelic and Lucian being vampiric. Upon discovering Idris, Sera realized she'd rather be working for them than stuck in Alabaster. She took the easy way out and faked her own death, resulting in an automatic termination of the relationship.

Usually Equipped With: Her seraph blade (Angelic sword that can wield heaven or hell fire)

Ethnic Heritage [What ethnicity is your character descent from? English? Irish? Chinese?]:

History: (Please be as detailed as possible here)

Re: ** Hell On Earth: Seraphina Morningstar **