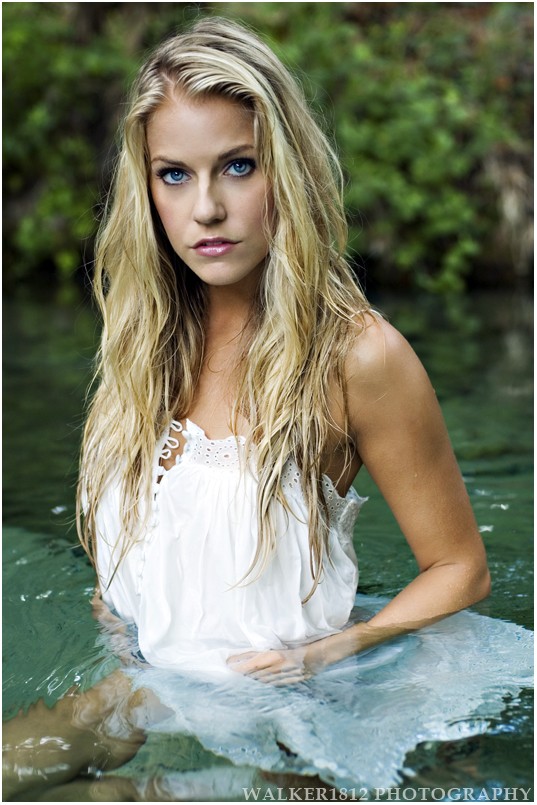 Height & Body Type: Jace is exactly 5’4 with a slender body complete with nice curves, a little over average chest area , and her nice long, slender legs.

Eyes: A piercing sky blue color. It is the only way you can identify her from other animals when she is shifted.

Scars: A long line on her right hip where a baby tiger shark took a small bite out of her.

Type of Dresser: She usually likes to wear jean shorts with a random top but she sometimes wears skirts.

Hair Color & Style: Her hair color is a natural blonde and she usually just wakes up and gives it a quick brush, leaving it naturally wavy.

Tattoos/Piercings: She has a tattoo of a small paw on her left wrist (for obvious reasons.)

Other (Wings, ears, etc): N/A (Except when she’s shifted)

Mental State: Her mental state his normal, except when she gets mad... Then she’ll go ballistic.

Talents: She’s great at surfing and swimming and she’s great with animals... (Obvious why.) And she loves painting.

Activities/Hobbies/Pastimes: Jace loves the water... Sometimes she just can’t get enough of it, and she loves being outside in any weather. And painting.

Interests: Jace is a flirt... Sometimes she doesn’t even notice when she’s flirting she just does and she can’t help it.

Self-Image: She is self confident in some areas, but insecure in others.

Weakness: Her short temper is one of her weaknesses, and her dark personality when her past is brought up.

Special Abilities/Powers: Shapeshifting into any creature she chooses.

Popular or Loner: Back in Austrailia Jace was bullied for being a little different so she tended to be alone most of the time.

Overall Personality: Jace is a fun loving young woman with a dark past (As many others do). She has a short temper which makes her an easy target, but she is also great with her power to shift.

Worst Personality Trait: Her short temper and rudeness to people she dislikes.

Fears: She has a slight fear of sharks and people finding her.

Thoughts on love & Relationships: Jace doesn’t mind the subject of love, she acts like she doesn’t really like it but on the inside she’s secretly hoping to find a guy who will treat her right.

Relationship History: Jace has had a few boyfriends but nothing too serious. Serious enough that she’s not a virgin.

General Likes: Pretty much everything.

General Dislikes: Mean people and being alone for good.

Mother's role in upbringing: What the average mother should do. Obviously she knew about her shifting so she treated her a little different, more strict for some reason.

Father's role in upbringing: Jace’s dad was also an animal shifter so he taught her everything she knows. He taught her how to fight and made sure no one hurt her. He was a very protective father. When Jace was 17 her father was found lying face down in a river, dead. He apparently died from “unknown: causes.


Birth Order & Siblings: Jace is an only child.

Education: Jace went to a normal school because her parents wanted her to fit in with the normal kids, she mostly got B and A’s in school.

Accent: An Australian accent mixed with some American since she’s been in America for a few years.


History: Jace was raised as any normal kid should be... And Jace was a normal human, except for the fact that she could shift herself into any creature she wanted. Jace was a natural at learning to shift and it did help a lot that she had a great teacher; her father. Jace was a huge daddy’s girl, doing everything he said and sometimes depending on him a little too much. Jace didn’t really get along with her mother only because she didn’t want Jace to use her shifting, she just wanted her to be normal. Jace’s mother was okay with the fact that her husband was a shifter, but her daughter? No way, she just wanted her daughter to be normal. I mean she still loved Jace and all, she just wished that she didn’t have to be a shifter and could grow up like a normal kid. Up until Jace was 13 she was homeschooled by her father, but when the summer was up, Lydia had enough of her daughter not having any friends her own age to hang out with, so she sent her off to highschool. Jace made a few friends, mostly boys because she found them more fun to hang out with, and not so judgemental. Jace was bullied all throughout highschool because she was ALWAYS herself, and some people didn’t like who SHE was. They teased her, got in physical fights with her and sometimes even blackmailed her. When Jace was in grade 11, her father “mysteriously” died. Jace was so upset and the only way she could feel close to him was by shifting. Through her father’s death Jace and her mother grew closer. At school things were much, much worse. About a group of 5 people came up to her one day and started teasing her about her father’s death and how it’s “good that he’s dead because he was such a freak like her”. Jace just tried to ignore it as usual as they literally pushed her around and teased her. That was finally enough for Jace. She snapped, she shifted and got revenge on her tormentor’s. She didn’t kill them she just severely injured them. Right after that, Jace came back to her senses and she realized what she did... And the kids who tormented her saw who she was. Jace had to flee... She had to leave Sydney or else she’d be exposed of being a shifter. And if she was exposed who knows what would happen? The only thoughts that went through Jace’s mind were either she’d go to jail or she’d go to a science lab and be experimented on. Jace didn’t even tell her mother where she went. Once Jace found somewhere safe and far away from Australia she sent a postcard to her mother explaining everything, her mother sent her some money and told her to be safe and keep in contact because they WERE looking for her. Jace has been travelling the world for a while now, getting comfortable in some place and thinking “This is it; this is the place they won’t find me.” But she’s always proved wrong as they do find her and she nearly escapes. For 6 years Jace has been on the run, finding a place she likes then having to leave. She met a few other mythical’s along the way who told her about places where mythical beings can live together away from normal mortals. She did research on those places and the nearest village was called “Alabaster.” So she decided to go check it out and see what it’s like.

Theme Song: Animal I have become By: Three Days Grace.

RP RELATIONS
(This is an optional section you can fill out.)
Friends With:

Can Usually Be Found At: Ravenwood, by the water or just exploring around Alabaster.