A spiral notebook, neat and nearly would be placed in the backpack owned by Essik Dest. It would be neatly written, clearly legible and often contains developed pictures or drawn items, of the many ideas being discussed on that page. The first and second pages contain a table of contents of which page and what a entry contains.
Table of Contents;
Page 1, Table of Contents
Page 2, Table of Contents Cont.
Page 3, Entry 1 - First Impressions, Entry 2 - Alchemist's Notes.
Page 4, Entry 3 - Attempted Murder.

As you flip through to the entries, the writing is written in black pen, and in a crisp and neat manor.
Entry 1, May 20th 2012.
I've recently moved into Alabaster, a mythical town kept secret from the public in order to continue my work. As of yet, it seems to be more populated than I've last heard of, and contains a few out of control people. However, as I've yet to see any conflict, it comes off rather quiet to me. A perfect place to work.
Entry 2, May 21th, 2012.
Today was rather entertaining. I decided to leave off a bit of work for tomorrow and socialize a bit. Shortly after coming down the trail to town, I witnessed a man getting shot in the foot. My first impressions might've been wrong, but I hope not. I got to know the victim, who'd acted like getting shot was no biggie, and he seemed a bit on the wild side to me. His reckless use of fire magics in the populated town center could've rendered someone injured, paralyzed or even killed. I've found it best for my health and preference to stay away from said man.
After he had insulted an lycanthrope for being what he is, seemingly a speciesist, the lycan, who I soon found to be named Aelliot, was also an alchemist. We chatted for nearly half an hour before either of us realized the time. He exchanged his alchemy notes over to yours truly, but I was rather hesitant to take them. I suppose I wouldn't want to take the only copy of someone's work, but he insisted. Any important discoveries from his work I will cite in here, but I do hope I have the pleasure of meeting him again. 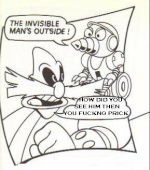 Re: A Wizard's Diary

It's been a rather boring couple of days, other than my offering to be a local "Sheriff". Rather recently, today in fact, I was led into the forest by Kira, someone whom I had trusted. She attempted to take my life, but failed. For half a mage, she seems to have a lot of power. I've got a few guesses, maybe a curse or a pledge to a demon for such power. Whatever it is, I will be staying away form her as well, this list is getting more and more people added to it by the day. I am fine, she is also well, seemingly she attacked me "just for the fun of it". I think that's all I'll write for now.